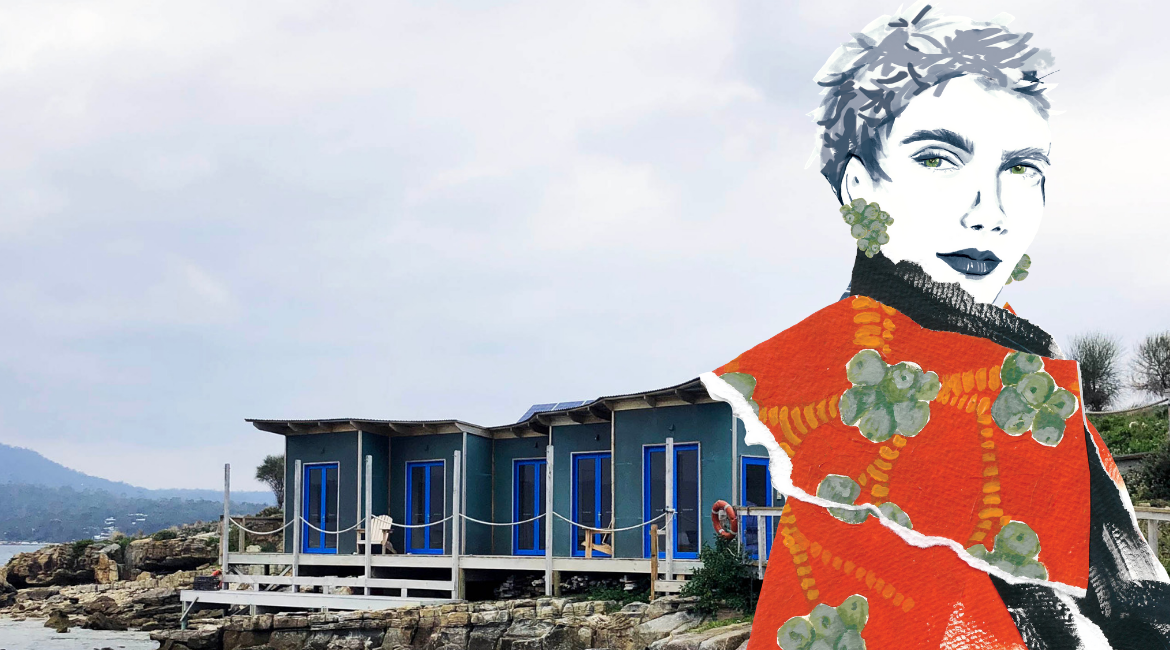 A 5 Star Experience on an Eco Island

When I received a group chat message on Facebook, from a girlfriend suggesting we book a private, luxury eco island in Tasmania (which also happens to moonlight as a penguin and shearwater rookery) for the 4 days over Australia Day, I threw everything into my suitcase at once and said “When are we going?!”

Picnic Island is a private island located in the Freycinet National Park and is neighbour to of one of the most famous and “Instagrammable” places on earth – Wineglass Bay. It’s backdrop is the pink granite Hazards mountain ranges and the vast expanse of water ocean surrounding it houses an under water forest and bustling eco system. If that’s not impressive enough to make you visit, then please, let me go on…

Picnic Island is on the East coast of Tasmania, a short water taxi ride from Coles Bay and a very pretty 3 hour drive from Hobart (with plenty of wineries you can visit (responsibly) along the way)! A water taxi took us to and from the island (which we had booked in advance).

Island Living: Was bliss! The island is tiny (you can easily do a lap of it… a brisk walk would take you under 2 minutes – I know this because I timed it!). We spent some of our time on the island and other days, doing more intrepid activities (more on those to come!)

The Accommodation: Was delightful! A perfect mix of relaxed luxury. Our copper cladded accommodation was welcoming, warm and comfortable. The bedrooms hugged the shoreline of the island so we woke up to the lapping of water on the rocks, just below our walkway; while we went to sleep with the bedroom doors open to the stars in the night’s sky. The kitchen and living area is separate to the bedrooms as is the bathroom and toilets.

NB: The bathroom and kitchen use water from the rainwater tank, as do the water composting toilets. 10 people, 2 toilets and 1 bathroom sounds hectic but we somehow performed a Christmas miracle and it worked seamlessly. Shower times were kept to maximum of 4 minutes per person which just meant we had more time… to eat cheese.

Speaking of cheese… We ate a lot of it! We spent mornings and dinners around the long, wooden kitchen table, preparing our meals* (*cheese and grazing platters) and relaxed from the days on the honey leather lounge in front of the “aerial” fireplace, which looked out over the bay towards the mainland. A bit of trivia for you, when they were building Picnic Island, they found a sandstone rock, which is a small symbol of Australia’s convict history, left behind some 200 years ago, when Picnic Island was mined for sandstone. It sits beneath the fire place and has markings from the convicts’ picks all those years ago.

On the island: We did all sorts of things! Remember Picnic Island is a tiny oasis in a large body of water so we snorkeled the underwater forests which surround the island. An untouched world and eco system of sea plants, seaweed varieties and fish exists just below the surface and is a wonderland! The water was fresh, pristine and cleansing.

In the mornings we set our alarms for the crack of dawn (4:45am) and sleepily made our way up to the highest part of the island to watch the sun wake up our part of the world. While it rose behind the Hazard mountain ranges, so too did our gratitude! On dusk we gathered in the kitchen to either play a board game, teach a drawing class or prepare dinner, interrupted only by the suggestion to watch the sunset over the horizon.

It’s not everyday you get to share an island with penguins and shearwaters and we felt incredibly honoured to have done so. Equipped with the light sensored torches provided by Picnic Island while being respectful to their habitat, we were able to watch (from the safety of the Island’s grated pathways) the migration of the water birds at night time.

Off the island: I felt nothing short of intrepid! Four of us decided we would go abseiling down the Whitewater Wall cliff face which then turned into rock climbing back up the giant (taking both me and my un cut finger nails by surprise!) Our instructor (who can only be described as a weapon when it comes to all things climbing, abseiling and ropes (#thankful) stopped me as I was stepping off the edge of the cliff and said, “Don’t forget to stop half way down and a look over your shoulder. You need to take in everything you see and feel”. Dutifully, I did what I was told.

“As I precariously dangled at a 90 degree angle to the cliff’s face by a rope I looked over my shoulder only to see a coastline of rugged terrain and an overwhelming expanse and body of deep blue, ocean water. The only sound I could hear was the echo of waves crashing beneath me and the frenzied hollow voice of the wind. I felt insignificant and vulnerable and yet at the same time completely at ease and calm. It was exhilarating!”

The day adventures extended to walking a few short trails in the Freycinet National Park (including “The Lookout” which overlooked Wineglass Bay) and picnicking at Honeymoon Bay – a bay within Coles Bay. It was a bay where people kayaked, swam and dipped their toes. A bay where I dialed up my narcissism and morphed into an Instagram “influencer”, slow-mo-ing every hair flick and ocean exit to ever exist.

Honeymoon Bay is breathtaking and whilst I’m not one for comparisons, it gives the Isle of Capri a run for it’s money! There is something special in the water in Tasmania. To say it cleanses or heals feels like a mockery and doesn’t do it justice. My observation of it is this: where it sparkles, eyes twinkle and where it glistens, eyes gleam. It kisses your skin, enlivens your spirit and allows the good times seep in.

Other Things: We frequented the Coles Bay Ice Creamery which offers Tasmanian ice-cream, waffles and freshly roasted coffee. Fresh and delicious, it was a welcomed reprieve on a hot Summer’s day!

One of the things I didn’t do but intend to do next time, is practice my Yoga on the naked timber pontoon which sits just off the shoreline from Picnic Island. We also  intended to do a bushwalk to Wineglass Bay but the water conditions weren’t ideal for a water taxi to take us to Hazards Beach – just another reason to go back!

Artwork: Inspired by the Australian native flora on and off the island, I sketched and painted many wonders which caught my eye, including the little berries on one of the island’s plants. Re-working the shapes, I designed a textile print and fashioned coat and illustrated it above. Quietly confident, sophisticated and with an air of mystery, for me, this woman encapsulates Picnic Island.

Everything about this 4 day mini break felt warm in my heart. To share an entire island with 10 friends (plus a baby), penguins and shearwaters, convict history, all within the Freycinet National Park which is home to some of the world’s most beautiful natural wonders, was luxurious. Being around my friends and their enthusiastic souls is equally cherished. However, having my energy recharged, my “wonder” stimulated and my heart feeling completely full again was perhaps the most valuable of all.

Take a trip to Tassie, it might just be your best time yet!

Over and out! xo

I’m a fashion illustrator, designer, storyteller and ambassador who helps brands in the fashion, lifestyle and travel industries, build brand recognition, credibility, loyalty, and trust whilst offering a fresh perspective. 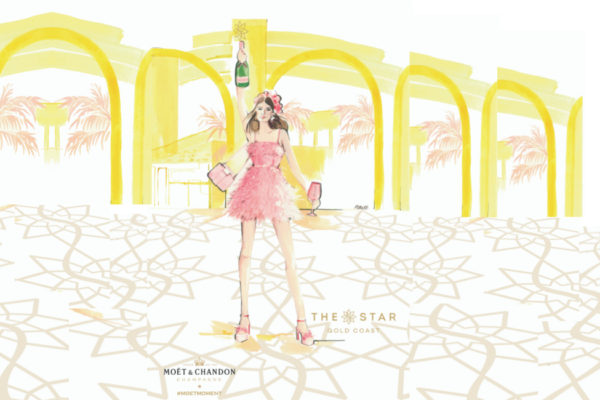 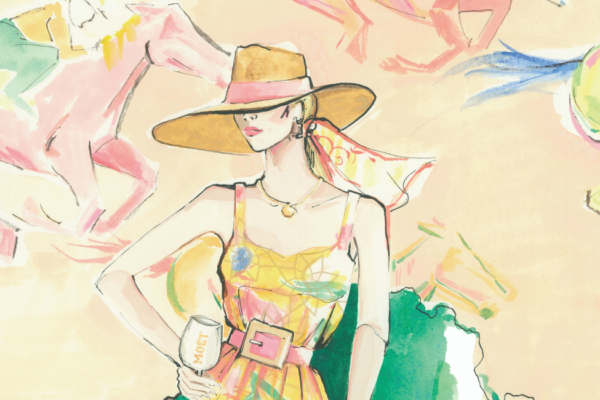 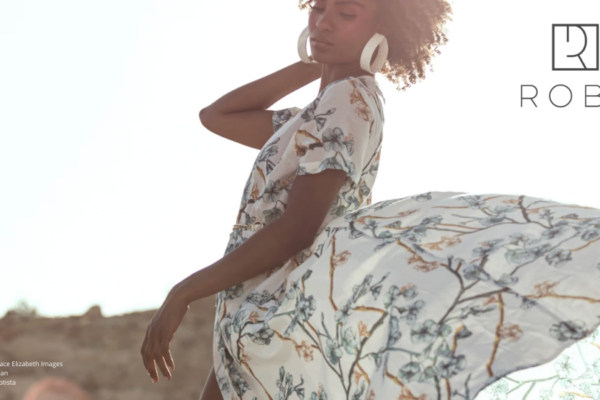 They don’t happen often but when they do you won’t want to miss them! Subscribe to be the first to hear about lots of fun projects!